St. Martins brought the curtain down on another terrific 40×20 season by inflicting a surprise defeat on hot favourites Castlebridge in the county junior B/D/D team championship final played at St. Josephs last night. Powered by the three Stanners brothers Sean, David and James as well as Paddy Curran, the Piercestown outfit edged out the experienced ‘over the water’ quartet of John Roche, Eugene Kelly, David Kenny and John Murphy on a scoreline of 108-105 in a hotly contested encounter with a nail-biting finish.

It was the first season for the new team championship grading allowance to be used and it turned out to be a ‘handicappers dream’ as the system worked to perfection. With B players on scratch, C players awarded 10 points and D players getting 15 points, St. Martins with one B and three C players on their team qualified for 30 points, while Castlebridge with two B and two C players were entitled to 20 points and it was that 10 points advantage to St. Martins which ultimately proved crucial in deciding the destination of the title. 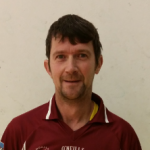 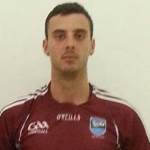 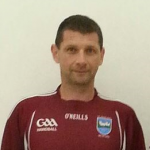 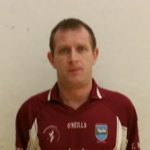 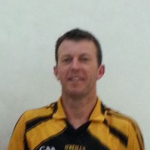 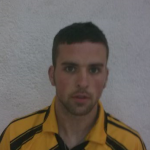 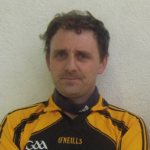 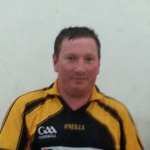 The competition was played in club championship format i.e singles 2 x 21, doubles 2 x 21 and singles 2 x 21 and John Roche gave Castlebridge a fine start as he edged out Sean Stanners 19-21, 21-13 (40-34) in a hard fought and very long opening singles match. When the 10 points were factored in it meant there were only 4 points separating the sides when Eugene Kelly and David Kenny entered the court against David Stanners and Paddy Curran. The experienced Kelly and Kenny were expected to pretty much seal the victory here but stubborn resistance from the Piercestown men saw them keep the tie alive as they battled desperately for the additional points that would give their anchor man a fighting chance. In the end it went the way of Castlebridge by 21-9, 21-13 but the efforts of Stanners and Curran meant that the overall scoreline of 82-66 (56+10 point handicap) represented an overall 16 point deficit, perhaps a bit less than had been feared.

James Stanners set about the task of winning the championship for St. Martins in herculean fashion as he took an early lead in the second singles against John Murphy but the determined ‘Bridge man was soon level and as the battle raged each point was fought for as if their lives depended on it. Stanners in particular though continued to run down every ball with gusto and after a terrific physical effort it was he who finished the strongest for a 21-10 win. St. Martins were now only 5 points behind (92-87) but a lot of work remained to be done as Stanners also needed to win the second game, while John Murphy required only 17 points for victory. Both were feeling the effects of the intensity at this stage but Murphy was using his greater experience to stay in touch throughout the second and at 14-13 down the odds were in favour of him securing the remaining 4 points needed for victory. However once again it was Stanners who simply refused to give it up and he put on the after burners to scorch home 21-13 for a thoroughly deserved win.

For the St. Martins quartet it was a remarkable victory against the odds, while for the three Stanners brothers it was a unique achievement.