All Ireland and Nationals honours for Wexford stars 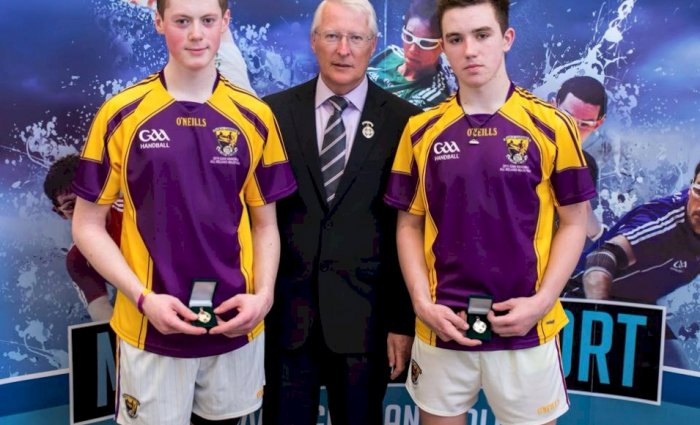 Last week’s All Ireland 40×20 minor doubles champions pictured with President Willie Roche following their win over Clare. They follow in the footsteps of Barry Goff and Colin Keeling who were victorious back in 1997.
Daniel added further to his growing reputation by winning the Boys 17 and under Nationals at Kingscourt this afternoon, a victory that earned him his place on Team Ireland for the World Championships in Calgary, Canada later this year.