With Stephen and Brendan Murphy (Emerald Nasters B) and Kevin Doyle and Tomas O’Shea (Golden Masters B) already through to their respective Finals, we had five pairs in Semi Final action this weekend. Tom Byrne and Jimmy Dunne got us off to a great start with a comprehensive win in Diamond Maasters B on Saturday.

In the triple header on Sunday in St. Josephs the first match produced an exciting finish in O35A Doubles. Gavin Buggy and Paul Lambert took the first game convincingly, but the Kerry pair of Dominick Lynch and Jack O’Shea turned the tables in the second to bring it to a tie break. It looked like, at 9-5 down that, the game had slipped away from Wexford but Gavin and Paul battled hard to draw level and eventually take the tie break 11-10.

In the U21 Doubles match Mark Doyle and Josh Kavanagh continued their excellent form and won in two straight games.

In the third match it looked like it was going to be a clean sweep for Wexford when John Roche and David Redmond took the first game 21-3, but the Cork pair had other ideas and came back very well to take the second game and the tie break 11-7.

It was not to be either for David and James Stanners in Masters B, as they travelled to Glenville in Cork and lost out in two well contested games.

Congratulations to our five pairs through and hard luck to John and David and the Stanners brothers. Results were as follows: 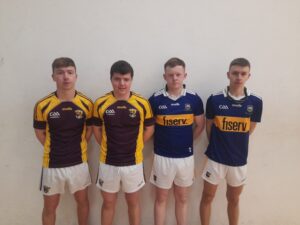 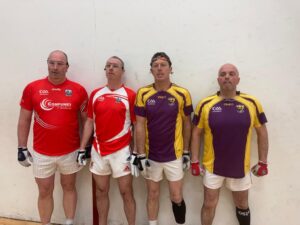 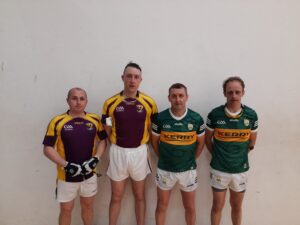 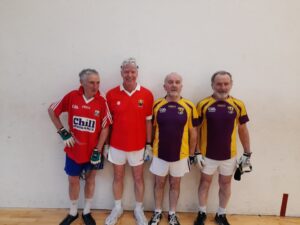