A Wexford tribute to a Master Craftsman by Antóin Ó Braoin

The passing of Ducksy Walsh, Talbots Inch and Kilkenny, has left the handball community throughout the country deeply shocked and saddened. Shocked that an athlete of his calibre could be struck down so unexpectedly and saddened that such an iconic figure has been forced to prematurely exit the stage he has graced for so long. 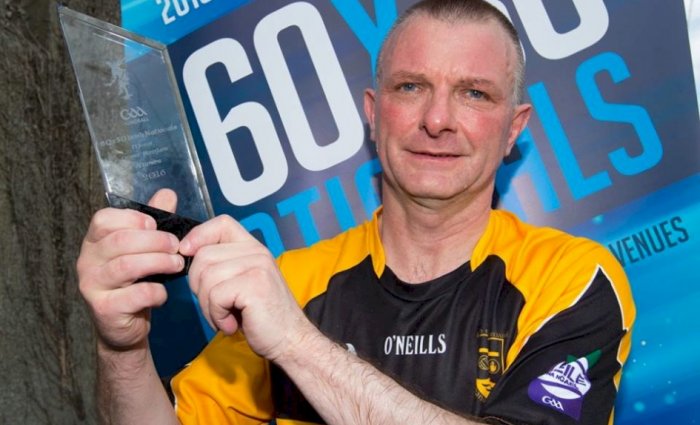 As a player Ducksy Walsh had it all and when history is written it will show that he not only participated in all four codes of the sport, but that he mastered softball, 40×20, 1-wall and hardball with equal totality.  The widely different disciplines associated with each code proved too challenging for many, but Ducksy adapted naturally to the needs of the occasion and the ever lengthening list of his achievements bore testimony to the extraordinary extent of his success.

Even as time passed and others of a similar vintage slowed down he continued to set the pace and while he was realistic about his age he never used it as an excuse or allowed it to become a barrier to what he was attempting to achieve. He was blessed with outstanding technical ability, brilliant footwork, flexibility, agility and speed and he had the handball brain to make the most of those vital components. Perhaps most of all he possessed the ability to assess what was needed for victory against different opponents and he never entered the court without ‘having his homework done’. Everything he had he used to formulate the lean, mean handballing machine that was Ducksy Walsh inc.

It is ironic that all of those qualities were never more evident than at Talbots Inch two weeks ago when he defeated a number of the best players in the country on his way to winning the 60×30 Nationals Open Singles title. Even those who had watched him for years considered it a truly awesome performance and when the national rankings showed him at number two in the following days, people began to wonder if, even at 50 years of age, he was about to seriously challenge for another senior title to go alongside the 38 he already held. It is not inconceivable at all that the same thoughts had occupied Ducksy’s mind and, on the basis that if someone else had won the Nationals so impressively, as well as the belief he had in himself – why not?

Ducksy Walsh was well-known and revered in Wexford and even in a county so steeped in senior handball history there was an acceptance that we were in the presence of greatness, on and off the court. That feeling of respect was mutual and he took part in the Wexford Winter League on several occasions and played at many of the handball courts around the county over the years. He also coached a number of the Wexford juveniles a few short years ago and endeared himself to everyone with his sportsmanship and his manner. To the young players of Wexford this Kilkennyman was special and in a county not short of handballing superstars, it spoke volumes that the most visible autograph on the back of their jersey’s was that of Ducksy Walsh.

Ducksy’s passing will be felt by many in Wexford and especially by Gavin Buggy who was his constant training companion for several years.  He will be missed too by many others including Tommy Hynes who had many tough battles with him over the years and who was due to play him in the Leinster Masters A Singles final yesterday at Garryhill. Instead, Tommy joined a very large Wexford contingent attending his funeral Mass at St. Bennett’s Church, Bennettsbridge, before making the trip to Foulkstown cemetery outside Kilkenny to his final resting place.

But while we will miss him in Wexford, our loss pales in comparison to that of his wife Sheena, son Dylan, daughters Megan and Niamh as well as his brothers and sisters and family members to whom we offer our heartfelt condolences.

A Wexford handballer summed it up very simply on hearing of his death “what a privilege it was to know such a legend” he said. He spoke for us all.