County Youth Games Officer David Redmond officiated at Templeudigan on Friday, from where he sent this report.

All roads led to Templeudigan Handball Alley on Friday night last for the first of the Co Juvenile Softball Singles finals. The opening match of the night featured the girls under 10 final between Megan Murphy, Taghmon and local hope Elsa O’Neill, Templeudigan and what a battle it turned out to be. The first game was a very close affair with the lead being swapped on several occasions before Elsa put in a storming finish to take the opening set by a narrow margin. The second game started as the first ended, with neither girl giving an inch until Elsa with some powerful serves and striking of the ball managed to put a little daylight between herself and Megan. The Taghmon girl battled hard to close the gap but the Templeudigan youngster had sight of the finish at this stage and she secured the title with a strong finish to be crowned under 10 champion for 2021.

Next on court was the under 11 final between last years under 10 champion Angel Cronin-Kenny from Coolgreany and Templeudigan’s Isla Mai Redmond. The north Wexford starlet was a strong favourite to take the title but early exchanges suggested this was going to be a tight affair as both girls made aces from some pin point serving down the left hand channel. As the game progressed the more experienced Coolgreany player gradually got on top and she edged home near the finish to claim the vital first game. On the resumption it was Isla Mai`s turn to put pressure on her opponent and she did that with some great strokes with both hands, as she worked hard to stay in the match. At 12-12 it was anyone’s game but once again the slightly steadier play under pressure by Angel saw her close out the match and take the U11 title back to Coolgreany.

The last game on the programme was the eagerly awaited boys U14 Singles final between Sean Fitzharris and Jamie Moran. This was a unique occasion as both players were not only wearing the green and white of Templeudigan, adding that extra bit of spice to proceedings the boys are also first cousins and doubles partners, but all that was put to one side as they prepared to go head to head.

What followed was a match played at full championship pace, showcasing everything that is good in the modern juvenile game. Left-handed or right-handed, kill shots and retrieved shots, this match had it all. Sean was quickest out of the blocks and using one of his strongest assets, his overhead left, he kept Jamie at distance to build up an early lead. Jamie did hit a purple patch to narrow the gap and for a while a comeback appeared to be on the cards, but Sean regained the initiative to finish with a flourish and take the opening game. The second game was similar to the first, with Sean getting away very quickly and he used all of his skills to stay in front as Jamie battled hard to stem the tide. In the end it was Sean who prevailed claiming yet another title to add to his growing list of achievements as he was crowned under 14 champion for 2021.

A feature of the finals was that two sets of brothers, Charlie and Joshua Roche, Castlebridge and Conor and Bobby Doyle, Taghmon won titles.

Pictures of all the finalists are shown below; 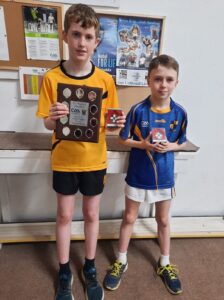 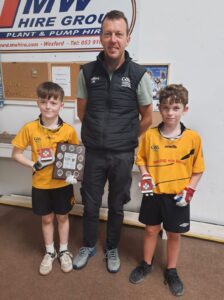 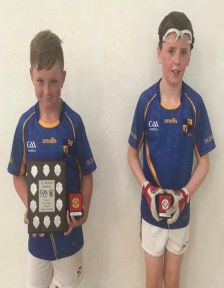 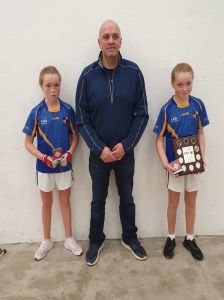 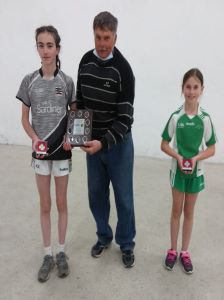 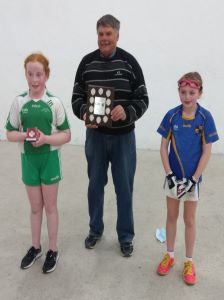 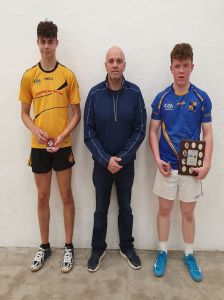 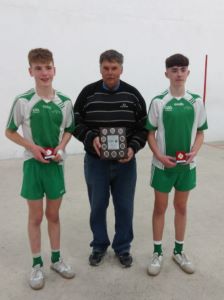 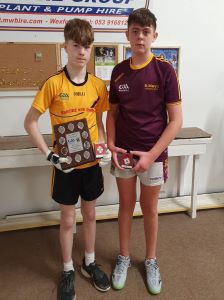 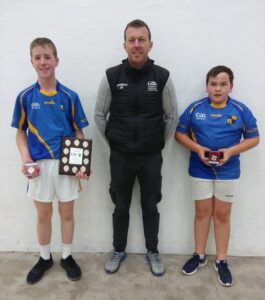