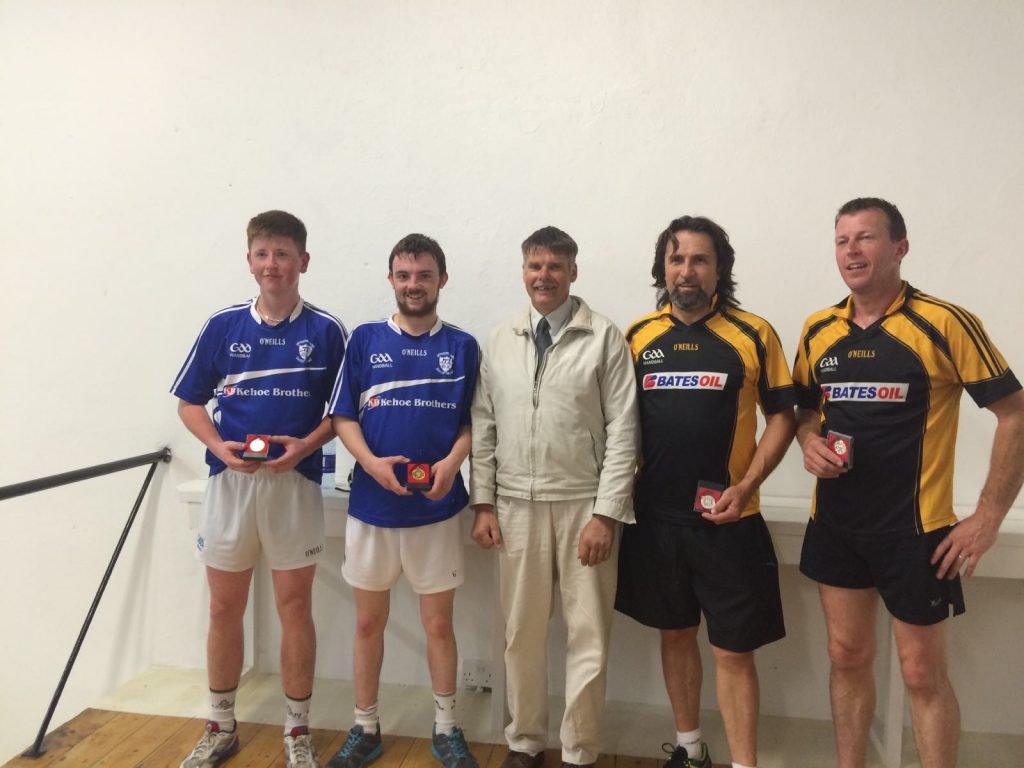 A magnificent performance from Anthony Butler and Liam Rossiter, Ballyhogue secured them the county junior B doubles title against Stephen Murphy and John Roche, Castlebridge recently. After Butler’s defeat to Roche in the singles final the Enniscorthy boys were out for revenge and they ‘sprung from the traps’ in impressive fashion to totally dominate the early exchanges on their way to an emphatic 21-4 win.

A mixture of power hitting and killing by Rossiter and the safety of Butler was proving all too much for their opponents and although Murphy and Roche rallied to lead 12-7 in the second, the outcome was never in doubt when the Ballyhogue boys got back on level terms at 12 all. From there to the finish it was all Butler and Rossiter and they gave up no further points on their way to an eye-catching 21-12 victory.

They are the future of Wexford handball and with continued improvement further titles are sure to follow.